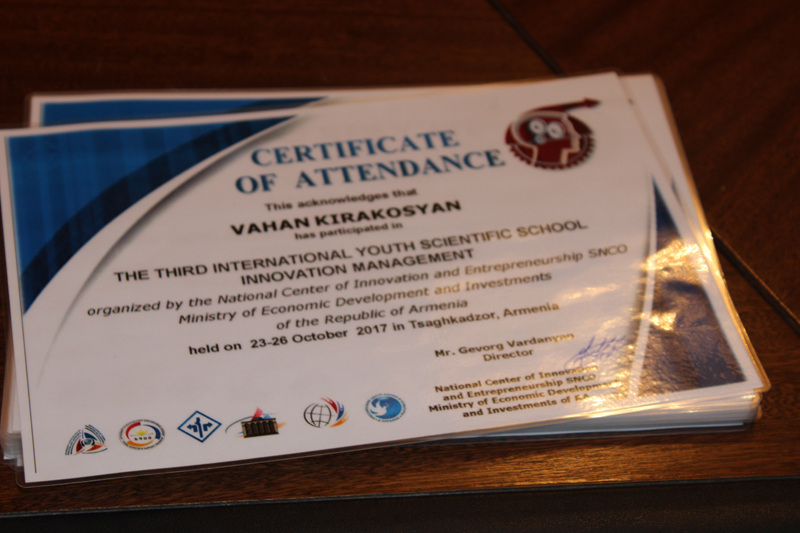 On November 17, 2017,  at the National Center of Innovation and Entrepreneurship  was held the Official ceremony of awarding the participants of the III International Youth Science School "Innovation Management" (web site: https://innovmanage2017.wixsite.com/youthschool/). The school was held from October 23 to 26, in Tsakhkadzor and was organized by the National Center of Innovation and Entrepreneurship, the Association of Young Innovators and Scientists and the Russian Center for Science and Culture in Yerevan.

President Serzh Sargsyan received a group of participants of the 2nd All-Armenian Scientific Conference held in Yerevan on November 5-8. The delegation consisted of prominent Armenian scientists and scholars from the United States, Russia, France, Ireland, Denmark and other countries. 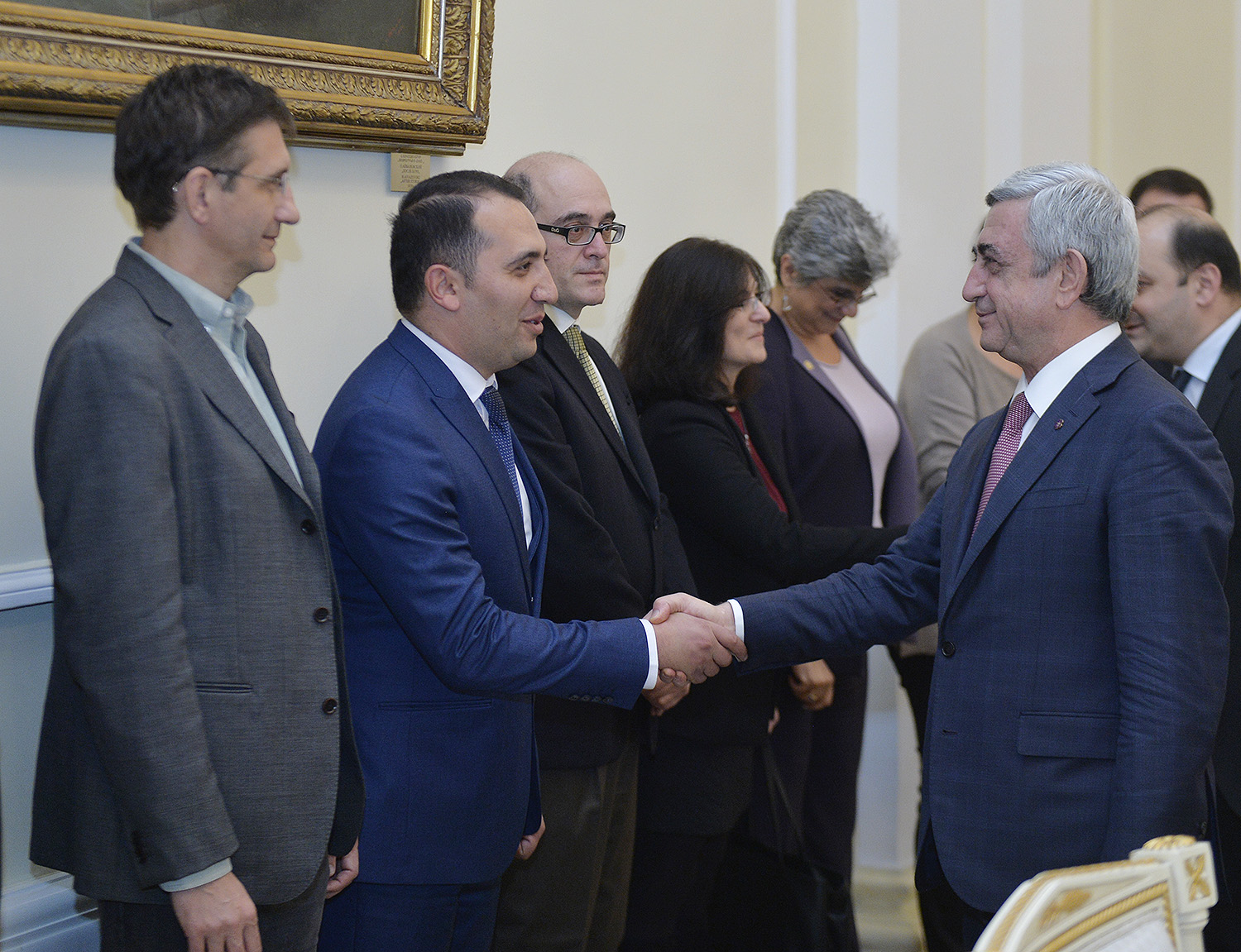 Welcoming the scientists to Homeland, the President highlighted the holding of this already traditional conference in capital Yerevan. 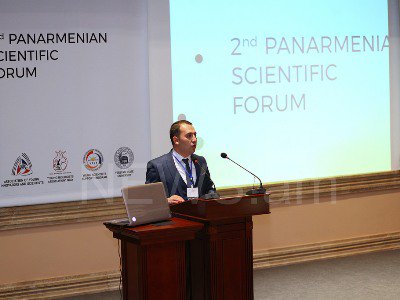 Within the frameworks of the Pan-Armenian 2nd Conference, which kicked off on November 6 in Yerevan, a roundtable will take place, with not only scholars but also representatives of the private sector gathering. Representative of the Young Guides Support Program, Gevorg Vardanyan, told a news conference in Yerevan. The round table will be held on November 8.
Gevorg Vardanyan noted that the purpose of the roundtable is to establish cooperation between science and the private sector, thus contributing to commercialization of science.
According to him, today Armenia does not have a small number of prospective scientific developments that can be turned into good business plans and introduce investors.
In Armenia's private sector investment projects are not so active, however, discussions within the framework of round-table discussions and familiarization with successful Armenian scientists can indicate that the private sector can be profitable for investing in research projects and making profits. 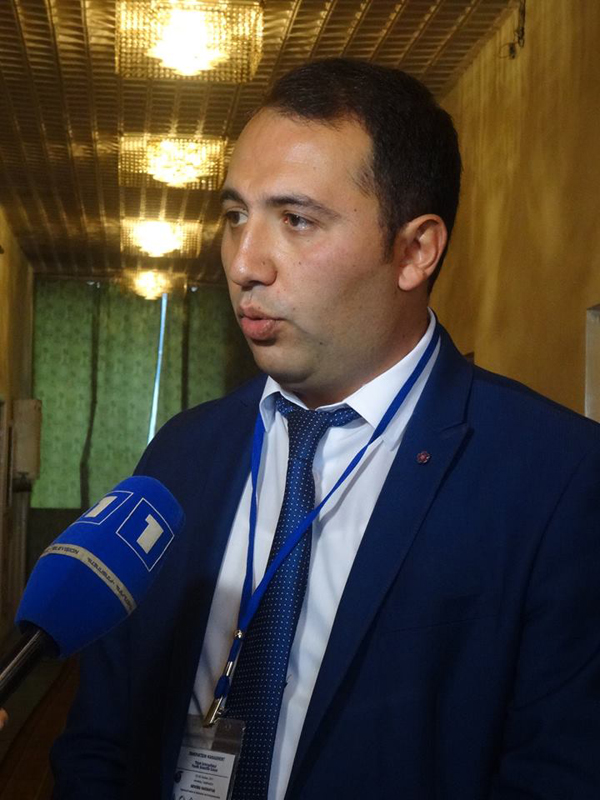