Dying birds fall from the sky in Australia 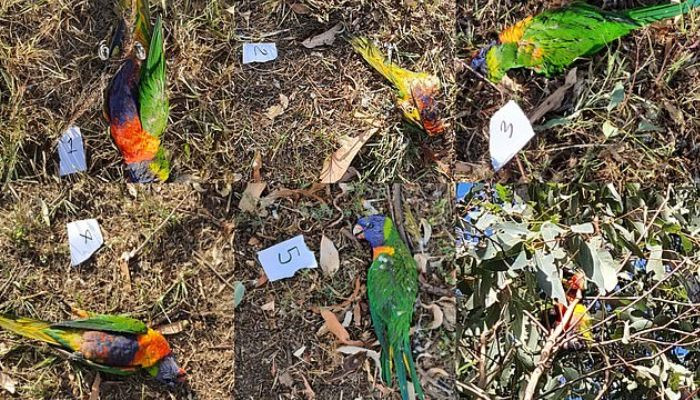 Almost 60 birds have died in a suspected poisoning in Australia after falling from the sky screaming and bleeding from their eyes and beaks in front of horrified onlookers in a scene “like something out of a horror movie”.
Rescuers called to deal with the calamity said 58 of 60 birds they found, near a school at One Tree Hill near Adelaide, had ultimately died.
The majority of the birds are a native species – the long-billed corella – which is protected.