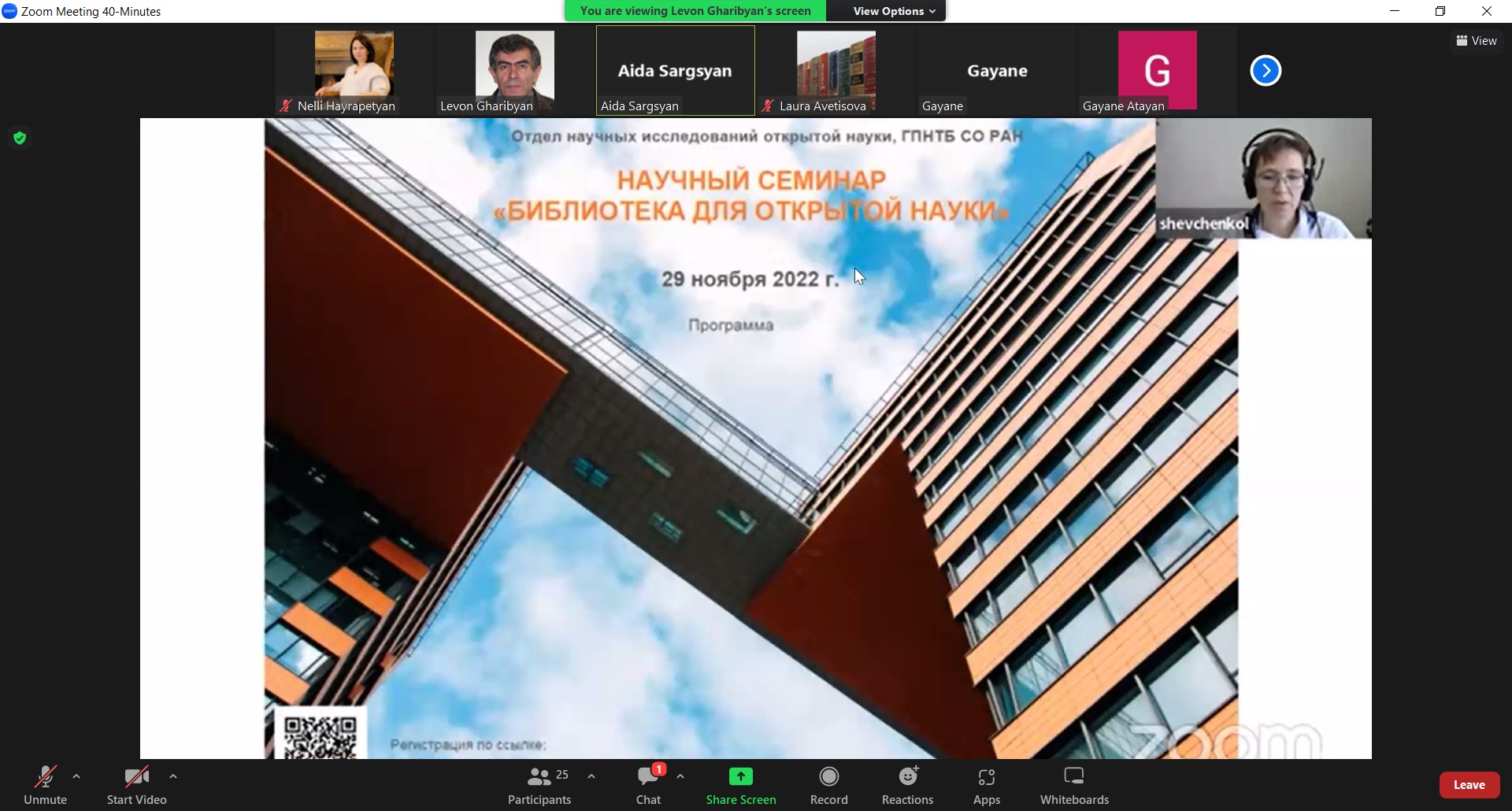 «The library for open science»

On November 29, Scientific and technical library of NCIE  held an online seminar-discussion on the Zoom platform under the title «Library for Open Science», organized by the Scientific Research Department of Open Science of Siberian Branch of the Russian Academy of Sciences within the framework of which the participants of the event joined the seminar. 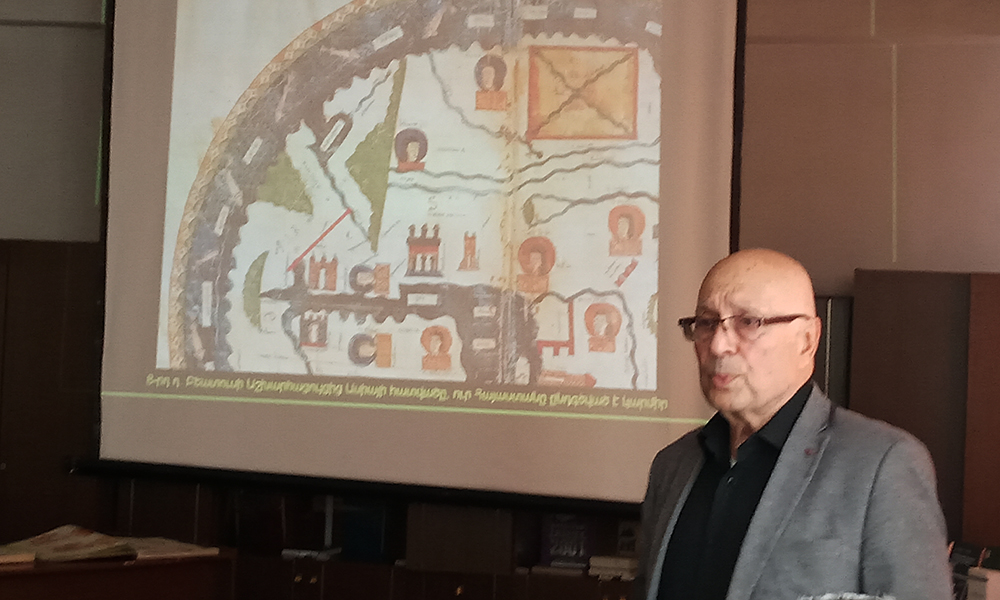 On November 8, the Scientific and Technical Library of the National Center for Innovation and Entrepreneurship organized a meeting with Ruben Galchyan: a geographer, researcher of cartography and cultural history, author of books, Honorary Doctor of the National Academy of Sciences: "The 2600-year history of Armenia's borders. "Changes in the geographical, cartographic and historical situation". Representatives of Sargsyan Military University and "Armenian Soldier" magazine, students of "Heratsi", pedagogues and the employees of the NCIE and the library participated in the event. 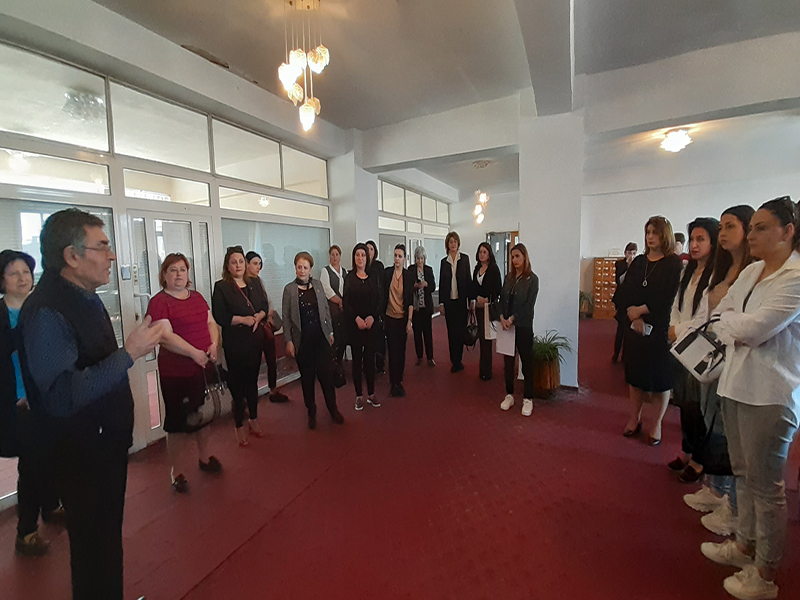 Within the framework of the "Library Week" program on April 18-25, the Scientific and Technical Library of the National Center for Innovation and Entrepreneurship organized a series of various events, where representatives of various libraries, branches of NCIE amd other interested men had  participated. 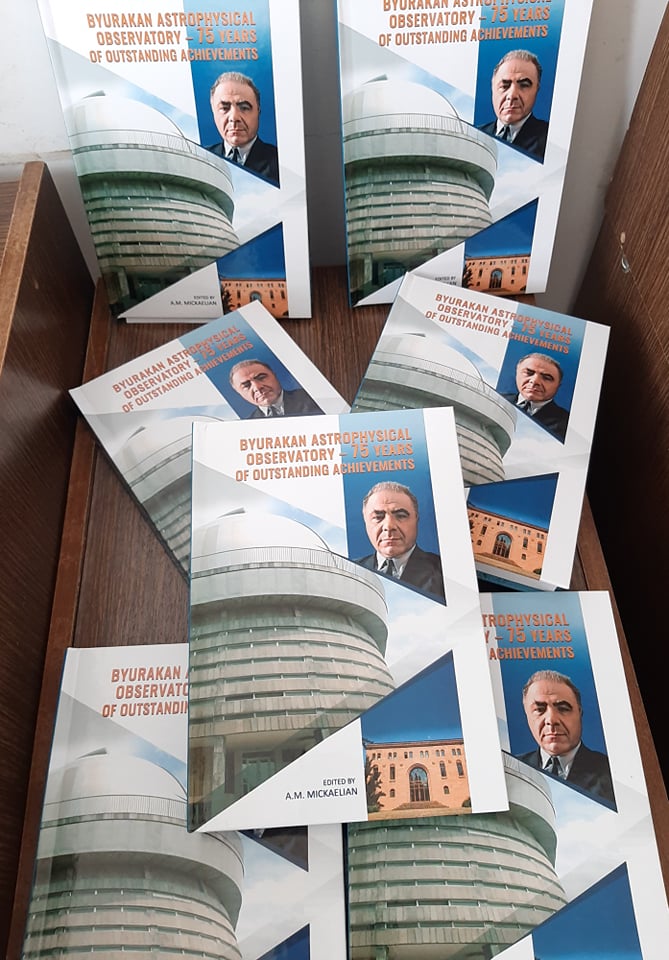 A book donation and professional meeting

On March 10, 2022, at the Scientific and Technical Library of National Center for Innovation and Entrepreneurship took place a book donation and professional meeting with the representatives of number of libraries in Yerevan. 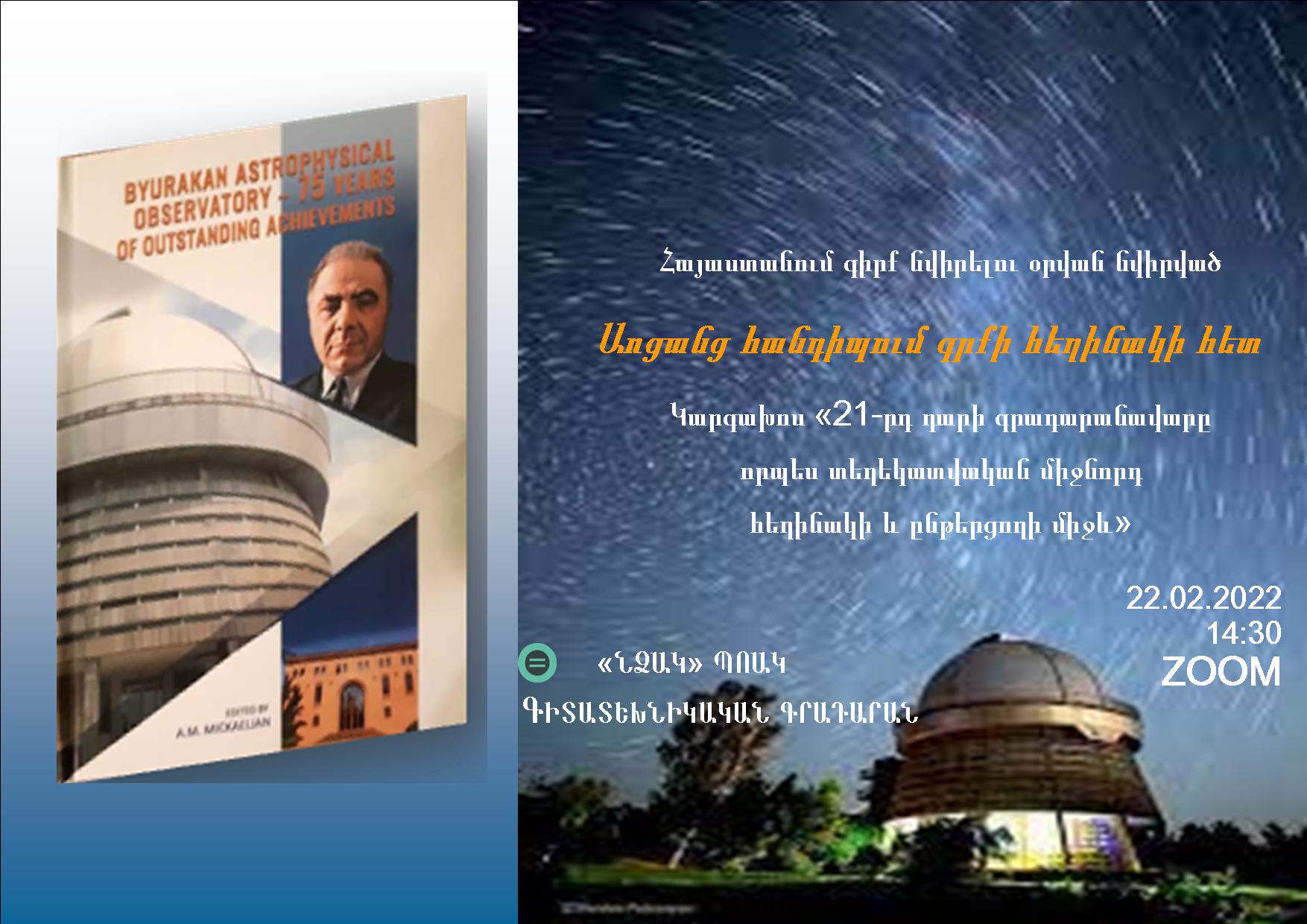 Dedicated to the book donation day in Armenia,  on February 22,  under the motto «The librarian of the 21st century as an information navigator between the author and the reader»  a webinar  was held at the ZOOM platform in the scientific-technical library of NCIE with the author of the book «Byurakan Observatory: 75 years of outstanding achievements».