The system, created by the Armenian company Synergy, will help about 15,000 families in Zambia reduce the risk of hygiene diseases. An agreement was signed with the delegation of the Sanitary Project of Zambia.
“Using over 800 indicators we have developed, the Zambia Sanitary Project is now helping to implement multi-level and extended monitoring. The system currently helps about 15,000 families reduce the risk of hygiene-related illnesses. At the next stages of the project, up to 250,000 beneficiaries are expected to be involved,” said Hayk Manukyan, Program Director of Synergy.
The Zambian government is implementing a Sanitary Program in Lusaka that will provide hygienic conditions for the poorest households. The project includes the expansion of the sewerage network, the development of sanitary infrastructure and sector management systems. The project is supported by the World Bank.
“Over the past five years, Synergy has assisted us in researching, designing, developing and digitizing a project that aims to facilitate investment in sanitation and hygiene in Lusaka,” said Jonathan Campatan, director of the Lusaka water and sanitation company.

New technology center to be built in Yerevan

A multifunctional technological center “Dalan” will be built in Yerevan with an investment of 110 million dollars, Enterprise Armenia said in a statement.
“In a total area of 158,000 square meters, the Dalan will include offices, commercial areas, sports and research centers, public and rehabilitation places. There will be a hotel and a parking for over 1000 cars. The Dalan is going to be the first building in the region meeting BOMA A Class construction standard. This standard is given to high-class and reputational buildings, which offer high-quality solutions, modern systems. The project will be implemented based on LEED certificate standards”, the statement says.
Enterprise Armenia Director General Levon Ohanesyan highlighted the significance of the Center both in terms of the volume of investments and the impact on the development of Armenia’s technological eco-environment.
Dalan will be put into operation in 2026.

EMERGE 2022 international tech conference will be held in Yerevan, Armenia, on June 1-2.
The event will be attended by over 2000 IT sector representatives from USA, countries from Western and Eastern Europe, the Balkans and Central Asia.
The speakers include representatives from TechCrunch, Microsoft, Amazon Web Services, Snap Inc., Pinterest, Google Deepmind, Glovo and many other international companies.
The conference aims at introducing specialists, founders and investors on IT development trends, as well as becoming a platform for forming networks between top specialists.
The speeches will focus on two directions – #trendwatching and #founderstories.
The participants also will have an opportunity of matchmaking - a face to face meetings with speakers and investors.
Another key component of the conference is the annual EMERGE CHALLENGE competition, the winners of which will receive investments and awards by Amazon Web Services. During last year’s conference the startups attracted over 5 million Euro investments.
EMERGE conference is dedicated to new technologies, startup issues and global IT trends.
The conference will take place in Gabriel Sundukyan Theater of Yerevan.
Among speakers are Mike Butcher (TechCrunch, Techfugees), Aliona Doletskaya (journalist, ex-Vogue) Davit Baghdasaryan (Krisp), Kris Farber (Openface), Mikayel Vardanyan (Picsart), etc.
Tickets are available online.
Conference partners are Dom-Daniel, Microsoft, Amazon Web Services, Inecobank, Semrush, the Untitled, Vibranium VC, BigStory VC, Team Telecom.

A young ex-servicemember and IT engineer created a modern air defense system designed for new generation warfare.
Albert Hovakimyan, the winner of the 100 Ideas for Armenia project, is calling his innovation the Dragon Reaper (Vishapakagh).
It is an automated optical detection active anti-air defense system, he explains.
According to Hovakimyan, the Dragon Reaper is needed today because there are virtually no alternatives which would reliably and effectively protect from loitering munitions, particularly the Israeli-made Harops which are in the Azeri military’s arsenal. Hovakimyan says the development of these loitering munitions, aka kamikaze drones, is leading to a situation where the size of the drones are getting smaller, while the number of the strike groups is increasing, and the software is shifting to artificial intelligence.
“This project is a solution requiring minimal industrial resources using modern, accessible digital technologies and tools, it has a modular structure in principle, which are connected to each other with a local network and can be used with different modular combinations and options. It is the connecting, combining and deployment of already existing measures, some of them in production in Armenia, with the use of modern solutions and software, which will together be the active air defense system, while minimal energy and human resources will be needed for its operation. It is unique in the sense that the principles of existing radio-detecting guiding and radio-electronic suppression methods will be used with optical solutions,” Hovakimyan said, adding that the system won’t require a direct permanent maintenance, and it will work under the “deploy and forget” principle.
Hovakimyan says his system can potentially replace the manned air monitoring positions and thus save lives during possible threats.
“The project is still in phase 1 research. Having skills and knowledge in air defense and programming, I can certainly say that a little team work from the rather developed IT sector specialists of Armenia can lead to very big results,” he added.
The 100 Ideas for Armenia competition is a youth project organized by the Ministry of Education, Science, Culture and Sport for encouraging young people to be interested in science and propose innovations. The competition has more than 20 categories and includes various sectors.

Armenia has improved its position in the 2021 Index of Economic Freedom by 2 more points, Minister of Economy Vahan Kerobyan said in a statement on Facebook.
“We are the 32nd now. It’s worth noting that we strengthen the position of a country having the best business climate in the EAEU space. But we are not satisfied with the results, a lot needs to be improved for doing business, which we have promised by the new action plan of the government”, the minister stated.
Armenia’s economic freedom score is 71.9.

YEREVAN. – The Law on Patents—which regulates property and personal relations in connection with the creation, legal protection, and use of inventions—enters into force in Armenia on Thursday. Armenian News-NEWS.am was informed about this from the Ministry of Economy.
"With the adoption of the new law, Armenia becomes the second country in the world, after the United States, which carries out the granting of patent to computer programs," said Kristine Hambaryan, acting head of the Intellectual Property Agency of the Ministry of Economy.

High-tech ministry: 3D glasses developed by Armenia engineers are few steps ahead of others in world

The new generation of Armenian scientists presents many interesting programs. Accordingly, 10X Engineering is one of the winners of the respective grant programs for established companies. Using VR technology, the company's engineering team has developed 3D glasses that enable the human visual and auditory senses to move to the virtual world, and this reduces pain and stress levels during medical examinations, or other stressful situations.
Similar devices already exist in the world, but the Armenian model is a few steps ahead of them, as the content developed by Armenian engineers takes into account also the distinctiveness-nationality, age, preferences, susceptibility to various phenomena, taste, and some other attributes-of each person. The first tests of this product are scheduled in six months.

This year, the Ministry of High-Tech Industry will launch the “Soldier’s Success” pilot program, which is targeted at the provision of support to servicemen who became disabled during the war in Nagorno-Karabakh and requalification in the IT sector. This is what Minister of High-Tech Industry Hakob Arshakyan told reporters today.
Arshakyan added that in late 2020, a decision was made to organize, within the scope of a program for preparing specialists in the format of the “university-private sector” cooperation, a free training course for those who were wounded and those who participated in the Karabakh war. “Overall, through this program, AMD 400,000,000 was allocated for all applicants in 2020,” the minister stated 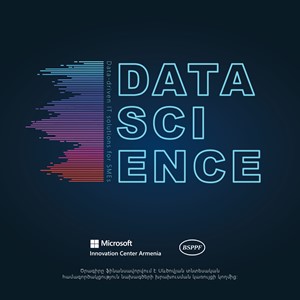 Microsoft Innovation Center Armenia in cooperation with the Black Sea Project Promotion Facility starts the application process for the data science program. Within the project the 6-month bootcamp on data science will be delivered. In addition, seminars will be carried out by the well-known specialists from Microsoft, Yandex and other companies. During the bootcamp participants will work on real projects and issues. In the result, they will have a unique opportunity to strengthen their knowledge and gain practical skills.