The World's 12 Most Powerful Entrepreneurs of the world 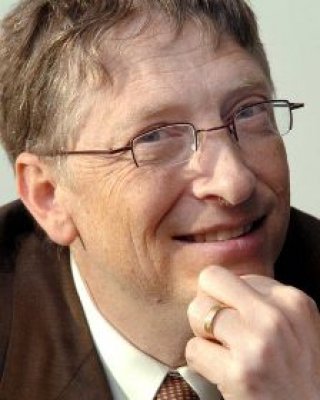 The list is U.S.-concentrated, exclusively male, and dominated by tech-founders. One sure commonality, though, is that each person on the list has built his business from the ground up–and, ultimately, used his power and money to do two things: invest in charitable aims and solve the problems of global development.

No. 1 should come as little surprise: though Microsoft MSFT -0.21% isn’t the behemoth it was back in the ’90s, Bill Gates still remains the richest person in the world–a title he’s held since 1994. In recent years, the chairman of the software company has set boisterous standards for efforts to eradicate a variety of the most dire diseases, from polio to HIV. Thanks to his strong ties with billionaire comrades like Carlos Slim and Michael Bloomberg, the Bill & Melinda Gates Foundation has secured up to $335 million in pledges.

Google cofounders Larry Page and Sergey Brin both take the No. 2 spot. Combined, the two have an estimated net worth just shy of $50 billion. Page, who is tasked with running Silicon Valley’s most celebrated company, is a huge spender when it comes to research and development.

In September, he announced Google’s new investment in Calico, a company created to take on the challenges of age-associated diseases. Brin oversees Google X, a division that has greeted with world with breakthrough technologies (driverless car, Google Glass). Earlier this year, he and Anne Wojcicki donated $52 million to the Michael J. Fox Foundation to fight Parkinson’s disease.

At 29, Mark Zuckerberg (No. 3) is the youngest entrepreneur to make the list. The Facebook CEO has expanded his influence beyond the social network by advocating for immigration reform and technology education. Last year, he donated $10 million shares of his company to the Silicon Valley Community Foundation.

But some of the names on the list go beyond the U.S. A few standouts: Masayoshi Son (CEO of SoftBank), Terry Gou (CEO of Hon Hai Precision Industry) and Mo Ibrahim (CEO of Mo Ibrahim Foundation).